The Ensemble KNM Berlin is part of the lively contemporary music scene in Berlin. Founded in 1988 by Juliane Klein, Thomas Bruns, and other students at Berlin’s Hanns Eisler school of music, the ensemble today consists of 10 musicians from Germany, Great Britain, and Switzerland. The ensemble presents compositions, concert installations, and concert projects created in close cooperation with composers, authors, conductors, artists, and stage directors from around the world. The programs reflect a curiosity to explore the unknown and a willingness to confront the most pressing themes of our times.

Since its founding, the ensemble has performed in more than a thousand concerts.
KNM Berlin has earned an international reputation with repeated guest appearances at important music festivals such as the Donaueschingen Festival, “MaerzMusik” and “UltraSchall” in Berlin, “ars musica” in Brussels, “Festival d’Automne” in Paris, “Les Musiques” in Marseille, “musica Strasbourg”, “Scène d’Europe” in Reims, “Wiener Festwochen” and “Wien Modern” in Vienna, and “settembre musica” in Turin, as well as with its own productions such as “HouseMusik”, “space+place”, “KNM New Music Spa”, “Clang Cut Book”, “The Photographer”, and “Das Stereoskop der Einsamkeiten”.

Concert tours have taken the ensemble to the Teatro Colon in Buenos Aires, Carnegie Hall in New York, the Konzerthaus in Vienna, Suntory Hall in Tokyo, and the National Concert Hall in Taipei.
In 2011 and 2012, the ensemble attracted attention for ambitious and innovative projects such as the “lunch & after work” concerts presenting a panorama of international composition at more than 30 locations throughout Berlin, and the audio project “Gehörte Stadt” [The Heard City], which took listeners on acoustical audio tours of Berlin.

In 2012 and 2013, the ensemble presented works from the current French music scene in 17 concerts at the Institut français in Berlin. In 2016, the project “Memory Space” initiated an exchange with the southern Indian city of Chennai; KNM interpreted the region’s unique Carnatic music using a graphic notation system.

In 2017, the group’s four-part concert series “The World After Tiepolo” in Berlin’s Radialsystem V was widely praised. In 2017–2018, the ensemble worked together with the Haus für Poesie in Berlin to develop “drei D poesie”, a platform for cooperation between writers, composers, and choreographers.

KNM’s discography comprises 15 CDs to date; the KNM was awarded the “German Record Critics’ Award” in March 2009 und 2010 for its collaboration with the composer Beat Furrer. 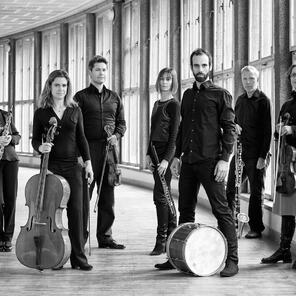